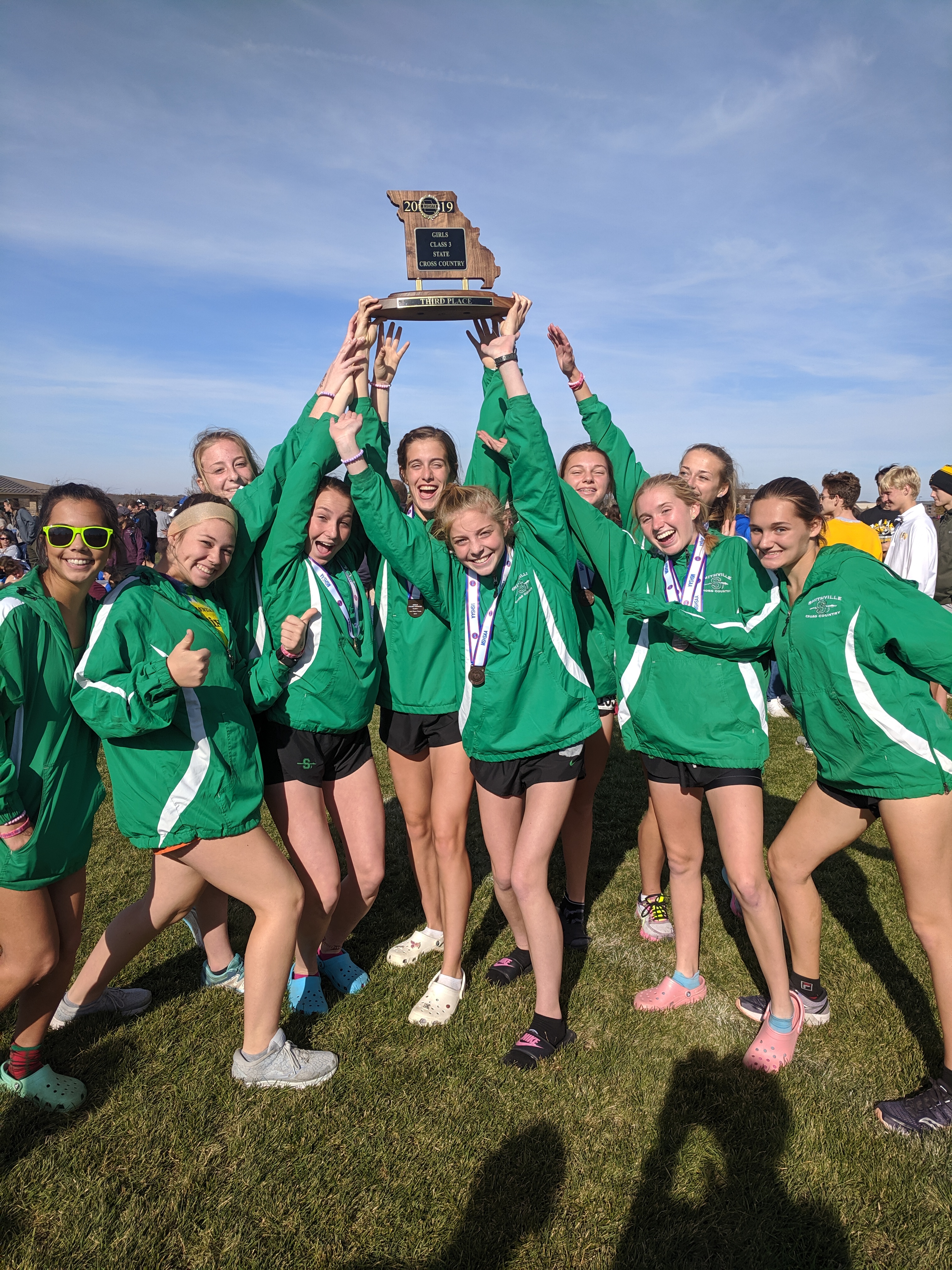 Since the 1970’s the Missouri State Cross Country Meet has always been held in Jefferson City…but 2019 marked the beginning of a new era. In conjunction with the University of Missouri, the Columbia Parks and Recreation Department built a new course on the southside of town as a part of the Gans Creek Recreational Area.

Both boys and girls teams from Smithville won their district championship on November 2nd, punching their ticket to race in the Class 3 Missouri State Championship. With an early dismissal from school on Friday, the school congregating to send the team off, and a couple hour bus ride, the Warriors arrived in Columbia, MO, ready to compete.

Out of 16 qualifying teams at the state meet, the girls and boys were ranked mid to back of the pack. The teams entered Saturday focused on running their best. The coaches met with the team and established goal times for each athlete to hit for their first thousand meters, then mile mark, and so on. The hope was for every athlete to achieve a personal, season record on the new state course.

With perfect cross county weather on Saturday, the girls were up first for the Warriors. With 175 runners on the starting line, the air was filled with anticipation. As the race began, the Warriors settled into their conservative pace for the first 1K and then began to make their move just after the mile marker. Over the final two miles of the race, the Smithville Warriors were continually moving up, picking off runners. Each girls ran with heart. They threw caution to the wind, endured a grueling pace, and pushed until there was nothing more to give. When it was all said and done, Olivia Littleton finished 3rd running 18:46.3 and earning all-state honors.
Emma Chevalier – 20:17.4, 43rd place
Riley Kochanowicz – 20:46.6, 69th place
Lily Cutler – 20:55.9, 78th place
Avery Bannwarth – 21:11.5, 89th place
Regan Schmidt – 21:47.3, 119th place
Genevieve Kochanowicz – 22:01.0, 132nd place

When all the dust settled, the Warriors shocked everyone by finishing 3rd Overall as a team, earning their spot on the medal stand!

The boys all-out effort landed them in 7th place as a team.

Both teams were thrilled with their end of season performances. They look to return to state in 2020.

No Events This Week

Events are added by athletic staff.
View All Events